With all the excitement of the Jubilee weekend that kicked off the Summer, and the epic triumphs of Team GB being such as thrill, we really have got into the British Spirit and we are thoroughly warmed up for the start of the Paralympics next week.  With the sun managing to make an appearance over the last few weeks, all of us here at Roman at Home have been getting into the British Spirit in a number of ways…

Of course we all celebrated the Jubilee, as we were lucky enough to have that extra bank holiday to really make the most of the event. Many of us tuned into the special television programmes and our local newspaper had a clear Jubilee theme. One of the ladies here at Roman at Home managed to dig out her copy of the Silver Jubilee edition of our local newspaper, The Northern Echo – here it is compared to the Diamond Jubilee papers. 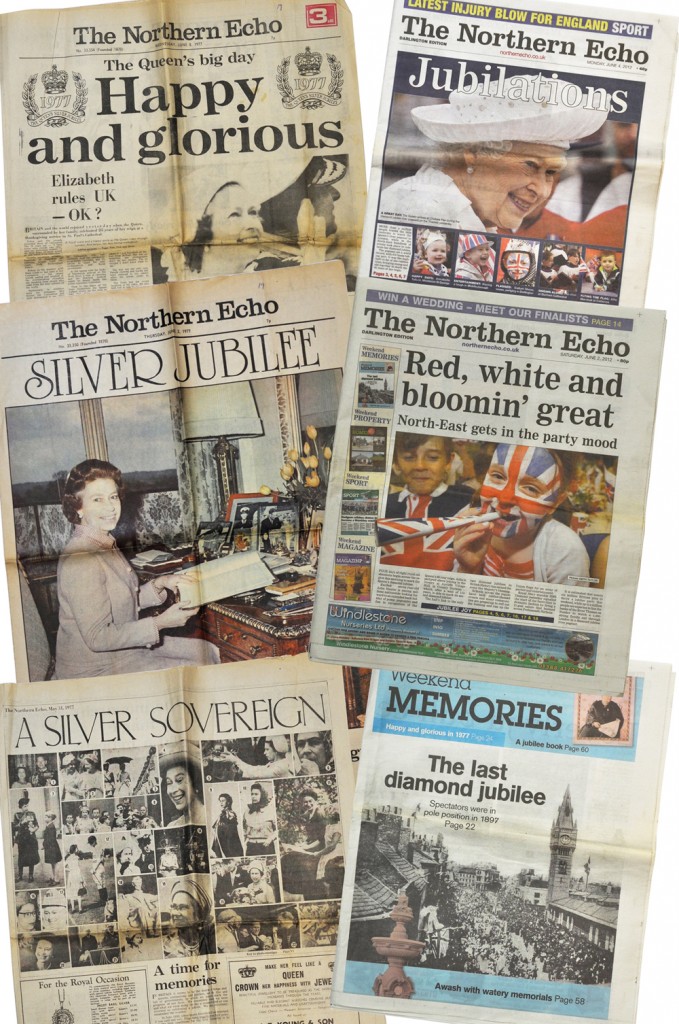 As you may have seen if you follow us on twitter, we also celebrated with a very British office buffet, where we tucked into cucumber sandwiches, enjoyed scones with jam and cream and munched our way through cakes and other treats. We decorated the office with our own British bunting. 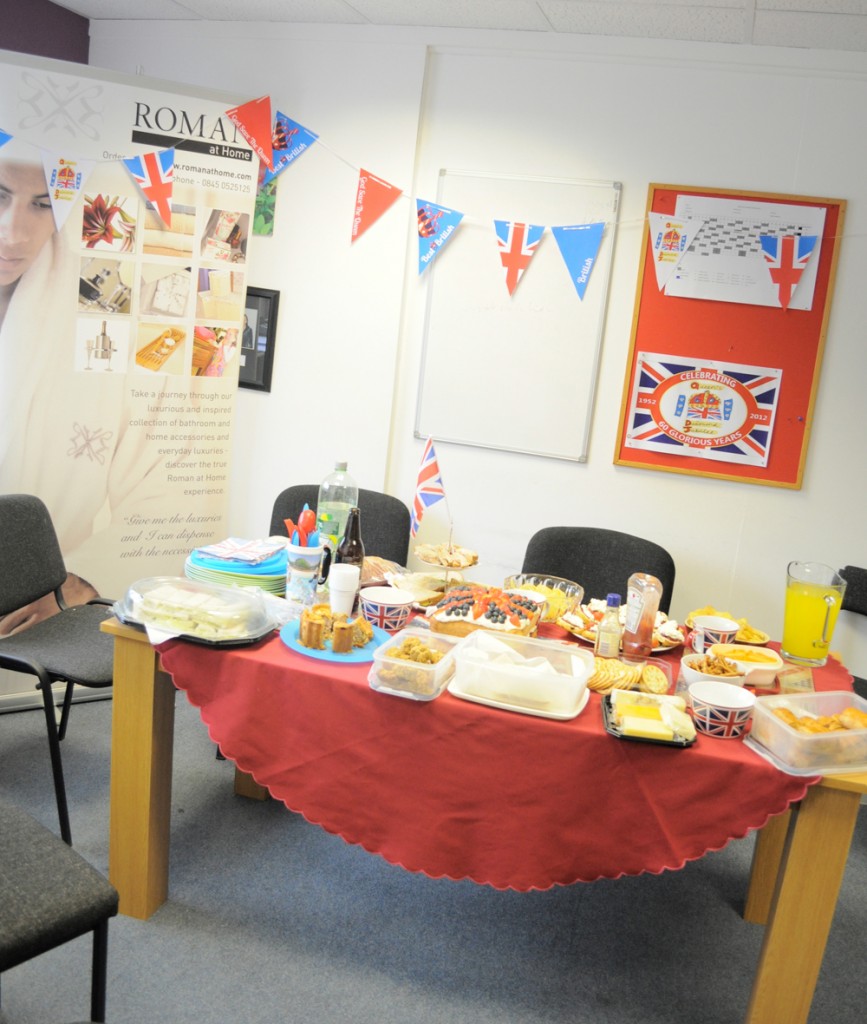 If you are still joyfully reflecting on the event and would like to commemorate it, why not check out our Alison Gardiner range of Diamond Jubilee Commemorative items, with some now at a extra special price.

A few of our lovely customers and followers on Facebook have sent in their own celebration photographs and one is even of our very own Diamond Jubilee Free Bunting! 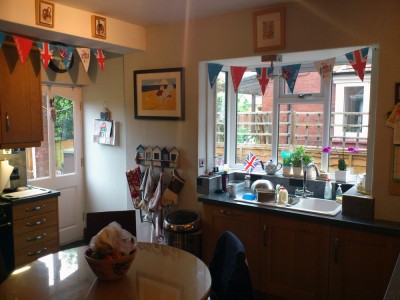 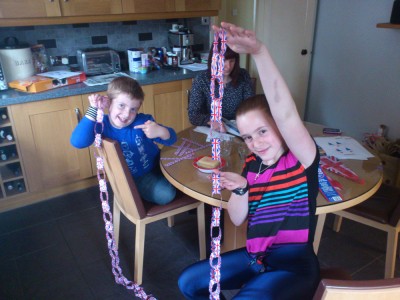 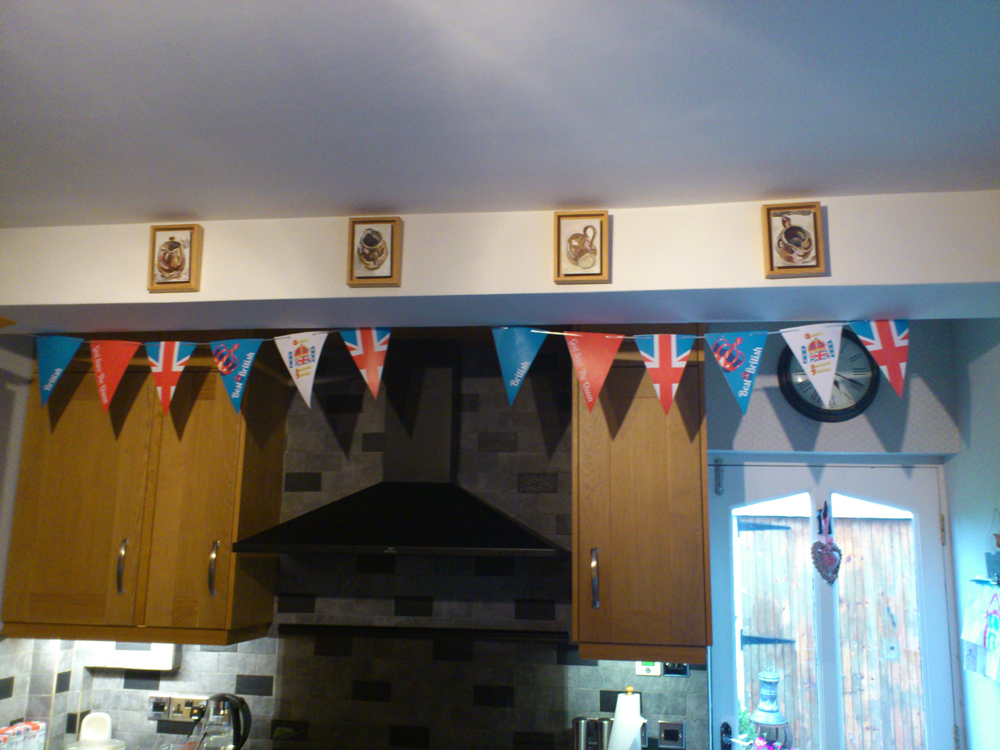 We were lucky enough for the Olympic Flame to pass by Roman HQ and through our local towns Newton Aycliffe and Darlington. We all got out, waved our flags and cheered the various runners on. Going for Gold in Team GBs Summer of Sport

It’s that time where the kids are nearly through their Summer Holidays and with the added excitement of the Team GB competing again, what better time to be patriotic. If you are lucky enough to have bought tickets to any of the events, keep them safe and display them proudly after the event on one of our British Inspired Handmade Memoboards which feature the colours of the union jack. Several members of staff managed to get a taste of the action at the local football quarter finals and one lucky member of staff is going to support Team GB next week at the Olympic Stadium.

If you will be watching events from the comfort of your couch, then why not throw a party and get your family and friends involved . With our new range of bakeware you can proudly display your cakes, and we have some Union Jack sandwich trays which are perfect for your buffet. 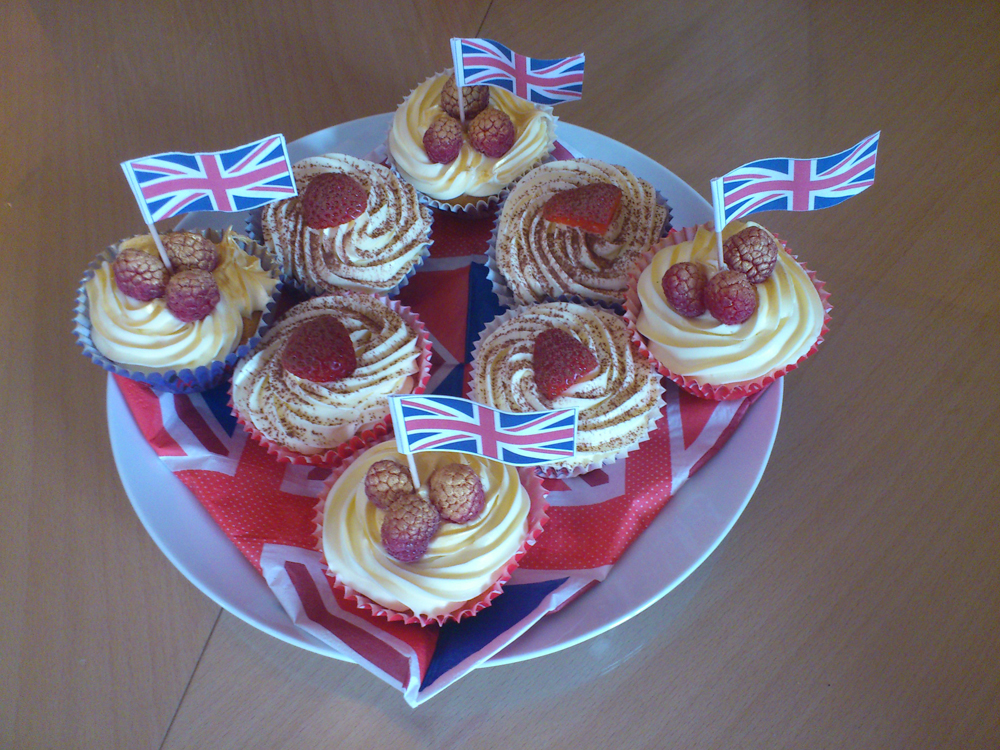 So get the fridge stocked up, decorate your home with our free bunting download,  which allows you to create your own bunting, and get set for a Great British Summer.

As the weather has now turned to rain showers and hail storms, maybe we need to think about adding some practical elements to our…